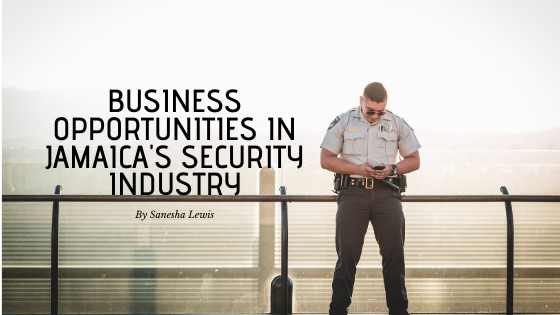 There is a popular line from Jamaican reggae artiste Jahdore’s single “Security Work” that aptly describes the struggles faced by security guards in Jamaica. It says, “Security wuk out fi kill me, but true di woman a mi yard, mi mortgage and mi four pickney, mek mi nuh lef dis work yet”. Listen to the song closely and you’ll learn even more about a security guard’s reality.

The Security Guard Dilemma in Jamaica

Security guards risk their lives daily to protect businesses without having much to protect themselves. High value isn’t placed on the work that they do by some private security companies and it shows in their pay. Evidence of this is demonstrated in the results of a probe into the operations of 30 government contracted security companies conducted by the Ministry of Labour and Social Security which revealed that security guards were:

I have spoken with employees of a major security company who were able to shed some light on the matter. They stated they are not being paid adequately for the hours worked. In addition, overtime payment is little to none. The Ministry has been on watch, monitoring the concerns regarding the security guards’ entitlements from these companies. Also, through partnering with the Private Security Regulation Authority, the Ministry seeks to ensure that security companies abide by labour laws and standards of decent work.

Actions have been taken to address these gross injustices. The Minister of Labour and Social Security, Hon. Shahine Robinson, indicated that the Ministry would prosecute security companies that have breached labour laws following the results of the probe. This resulted in five companies being referred to the Ministry’s Legal Division for prosecution. Investigations are ongoing to hold even more security companies accountable.

Government intervention has resulted in a paradigm shift in laws regulating the treatment of security guards. New rules will force old players in the security industry to shape up or ship out. Some company contractors have already dissolved, leaving a large void in the security business. This presents a good opportunity for newcomers.

Unfortunately, wanton neglect of labour laws isn’t the only reason some security companies fail. High levels of crime make it challenging for these companies to survive. In fact, although there has been a spike in new private security companies over the past years, several of the new companies formed quickly dissolve. Vinay Walia, co-managing director of the Guardsman Group, estimates that about 50 to 60 new companies are formed each year and a similar number or fewer also leave the industry.

Anyone considering creating a private security company in Jamaica should be mindful of these challenges and implement these strategies to have a fighting chance at success:

The Jamaica Eye: The Future of Jamaican Security

The Jamaica Eye project consists of an islandwide network of CCTV camera surveillance systems developed to promote safety of citizens. These cameras monitor public spaces across the island to help authorities crunch down on criminality. Jamaicans are also being encouraged to incorporate their personal security cameras into the national CCTV camera network.  I am a product of the Jamaican culture and I believe the constant increase in crime is due to the lack of order in our society. Therefore, I think the Jamaica Eye initiative is a breath of fresh air and can help with the fight against crime.

Minister of National Security, Dr.Horace Chang, has also emphasised that Jamaica Eyes isn’t only about this network of CCTV camera surveillance systems.  We are the eye of Jamaica. The “informa fi dead” culture has to end so that crime can be reduced and Jamaica can truly become the place of choice to live, work, raise families and do business.

Those with the requisite skills can help the Ministry of National Security with the Jamaica Eye project by:

Security continues to be a prevalent problem in Jamaica. Therefore, it is important for proper treatment to be given to those who risk their lives daily to protect ours. New legislation, and actions by the government, have made it mandatory to pay security workers better. Savvy entrepreneurs can capitalise on these changes and create their own private security firms while being mindful not to repeat the mistakes of their predecessors. There are also opportunities for those with the requisite skills to assist with the Jamaica Eye project. The ball is in your court. Start that business, make a difference. How can you contribute to solving Jamaica’s security issue?